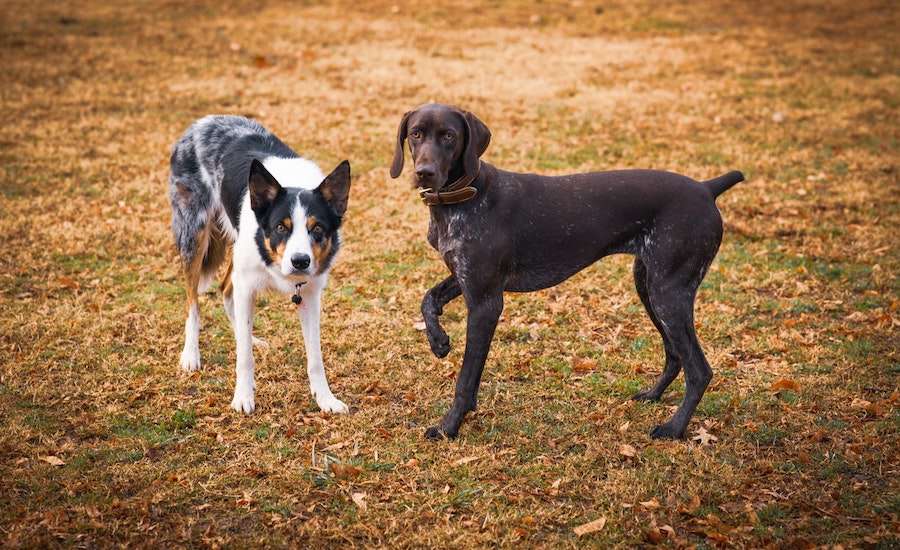 Purebred dogs are often thought to be unhealthier than mixed-breed dogs. Several studies show this may be true, but not to the extent previously believed. Continue reading to learn about what the research suggests about mutts vs purebreds.

The Dog Tale is reader-supported. We may earn a commission if you buy something through our site; this doesn’t change our recommendations.

Are mutts healthier than purebreds? Or, are purebred dogs better? We’ll take a look at what the research shows, steps you can take to make your dog healthier, and other things to consider when choosing a puppy.

Purebred vs Mutt: What’s the difference?

What is a purebred dog?

Purebred dogs are members of a single, institutionally recognized breed without any history of cross-breeding over many generations.

They are bred for distinguishing characteristics like physical traits, temperament, ability to complete certain tasks, or other genetic criteria. This allows for a level of predictability that some owners need.

A few examples of purebred dogs are Yorkshire Terriers, Golden Retrievers, and German Shepherds. Since there are more criteria and certifications that go into breeding purebreds, they are usually more expensive. However, prices vary significantly from breed to breed.

What is a mutt?

A mutt is simply a combination of two or more dog breeds. This is why you’ll hear mutts also called mixed-breeds. The exact lineage of many mutts is hard to distinguish since they aren’t typically bred in a controlled environment. In fact, many mutts are the result of unplanned contact between unsupervised pets. However, you can try to use a dog DNA test such as Embark’s Breed + Health Kit (also available at Chewy) to determine your dog’s genetic history.

There are also popular breed mix combinations that are intentionally bred, such as the Goldendoodle (a Golden Retriever-Poodle mix).

Of course, if your goal is to adopt instead of shopping, this is an inevitable but worthy risk.

Over the years, a general consensus has formed that mutts tend to be healthier than purebreds. The main theory is that mixed-breed dogs have a greater genetic diversity, which eliminates many health issues that stem from a closed gene pool. However, the health discrepancy between the two categories of dogs may not be as big as was once thought.

A 2013 UC Davis study of more than 27,000 dogs found that in more than half (54%) of the 24 genetic disorders tested, there was no difference between the two categories. In a 2005 study on hip dysplasia, the results indicated there was no statistical significance in the prevalence of this disorder between purebred dogs and mixed-breeds, nor between sexes.

The AKC states that “these studies have concluded that purebred dogs are no more prone to genetic disorders than are mix-breeds, and to suggest otherwise is misguided.” But when digging further into the UC Davis study, we find that there were 10 disorders (42%) that are more prevalent in purebred dogs compared to their counterparts. These purebred dog health issues include:

So are mixed-breed dogs healthier than purebreds? Yes, but only in certain areas.

Seeing that only 4% of these disorders were more prevalent in mixed-breeds, the findings indicate that you’ll have a better chance of avoiding health issues if you have a mixed breed dog. But many of the genetic disorders occurred equally among all dogs, without regard to purebred or mixed-breed lineage.

Why do purebred dogs have health problems?

Let’s clarify that just because a dog is purebred doesn’t mean it will have health issues. Any type of dog may be healthy or unhealthy.

But, without diving deep into the field of genetics, here’s the gist of the theory that purebred dogs may be more prone to certain disorders.

Genetic disorders occur when offspring inherit one mutated recessive gene from each of their parents. The more breeding takes place within a closed gene pool (i.e. purebred dogs), the more likely it is for these defective genes to be passed on.

But when dogs from larger gene pools mate, new genes are introduced into the line, making it less likely that a recessive trait will be passed on. Therefore, mixed-breed dogs are less likely to have a recessive disorder caused by certain gene mutations.

From what we gather from the UC Davis study, there may be a reasonable explanation as to why some disorders affect purebred dogs in higher proportions. The researchers hypothesize that the mutations “occurred more recently, such as after the gene pools for particular purebred dogs were developed.” This could explain why different breeds that come from relatively similar lineage suffer from similar disorders.

As for the disorders equally affecting both purebreds and mixed-breed dogs, the UC Davis team suggests that those mutations could have been introduced into the dog genome a long time ago, in an ancestor closely associated with the wolf.

Limitations of the study

With this being said, the researchers acknowledged that there were a number of limitations in the study that could have skewed the results.

For example, the data came from medical records from a teaching hospital. A study on dog-human companionship suggests that owners who have purebred dogs are likely to spend more money on extensive medical treatment than owners of mixed-breed dogs. This scenario would result in a greater number of purebred dogs receiving medical treatment, as evidenced in the UC Davis study.

What are the healthiest mixed breed dogs?

Mixed-breed dogs can be any combination of breeds, so it’s difficult to say which mixed-breed is healthiest. A better idea is to do your research on the breeder and their breeding practices.

When it comes to purebreds, however, there’s one breed that showed to have the longest life expectancy, according to one study. This is the West Highland Terrier, with a median lifespan of 12.71 years.

According to this study, the breed with the shortest lifespan is the Dobermann Pinscher. This breed’s median lifespan was 7.67 years.

How to avoid health issues in purebred dogs

The information above shouldn’t dissuade you from choosing a purebred dog if you want one. After all, there was no difference between the groups of dogs in over half of the disorders.

It’s up to you to do your homework about the breeder to learn how they choose which dogs to breed. A reputable breeder should be able to provide you with a full picture of a puppy’s genetic health, including information about the puppy’s parents, grandparents, lineage, and the puppy’s own vet checkups.

Responsible breeders won’t continue to breed a dog with known genetic health conditions (or a dog that produced a litter with health conditions). Puppy mills and backyard breeders, on the other hand, may not take such precautions.

Additionally, while genetics are a major factor, they aren’t the only determiner of health issues.

Another major factor that will determine the health of your pet is nutrition. Your dog can only be as healthy as the food you feed them. Much of the pet food sold in stores is full of nutritionally empty calories that don’t enrich your dog’s body or boost their immune system. This leaves them defenseless against genetic diseases.

For this reason, we highly recommend choosing a premium dog food that does not consist of meat meals, fillers, and artificial preservatives. Fresh food brands such as The Farmer’s Dog and A Pup Above contain real food ingredients that are specifically formulated by vet nutritionists to meet the nutritional needs of dogs. If you prefer dry food, you could look into Spot and Tango’s UnKibble option or Chippin’s Silver Carp Daily Food.

Other factors that affect a dog’s health are regular exercise, socialization, and engaging stimuli. Keeping your dog active and engaged will help mitigate obesity and stress, which can lead to additional problems.

But even if you’ve done thorough research on purebred dog breeders, feed your dog a nutritious diet, and provide them with exercise and engaging play, accidents and illnesses can still happen. In fact, it happened to our Yorkie when he was just a puppy—he broke his leg.

Situations like this are unpredictable and sometimes unavoidable. And they can get expensive. Getting a good pet insurance policy is a great idea to help protect you financially from huge vet bills and the stress that comes with them. We wish we had one at the time—the bills were enormous.

If you’re interested in learning more about insurance, check out our Lemonade Pet Insurance review. Or get a free quote to find out how much you’d pay. It only takes a minute.

How do I know if my dog is purebred or mixed-breed?

If your dog is a purebred, you should have received papers from the breeder verifying the puppy’s lineage. There will be a certificate of registration from either the AKC or a similar organization, but even this is not an absolute guarantee. You can also look at the AKC list of ideal characteristics for each breed.

Additionally, purebred dogs should very clearly resemble other dogs of that breed. If your dog looks like a Chihuahua, but they’ve got shaggy black fur, there’s a good chance it’s a mix of two or more breeds.

If you’re unsure, you could try a pet DNA test, such as Embark’s Breed + Health Kit. Although these tests don’t give your dog certification, nor are they a guarantee, they can give you a good idea of your dog’s ancestry.

According to a study by Yordy, et al., mixed-breed dogs outlive purebred dogs by 1.2 years. In another study by Proschowsky, et al., mixed-breeds also outlived purebreds by 1 year (11.0 years old). However, the researchers found that specific breeds, such as the Shetland Sheepdog, Poodle, and Dachshund, exceeded the mixed-breeds by one year (12.0 years old). The Bernese Mountain dog, Molossian-type group, and Sighthounds had the shortest life expectancy at seven years.

Get our latest updates and articles right in your email.
We won't bark too much. Promise.